…on the bike this time. 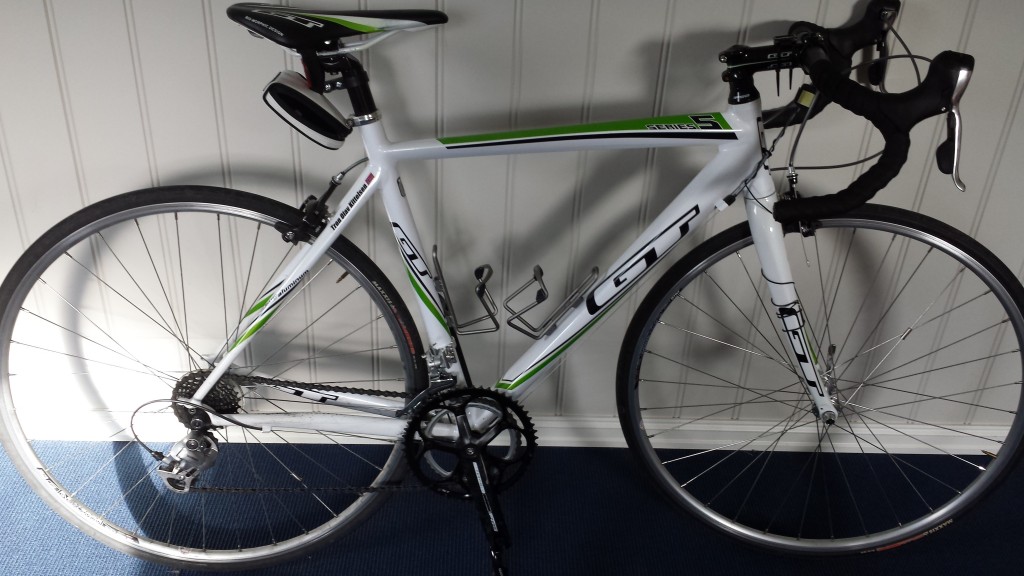 When I bought my racing bike I wasn’t sure if I’d like that kind of biking, so I bought a used one without knowing anything about the drivetrain.
Turned out I really liked everything about the race bike style, so I’ve traversed quite some kilometers now. Anyway, the drivetrain could use some upgrades it turned out.
It came with a 53/39 front chainset and 11-28T rear cassette, 8-Speed. Turned out this makes it quite hard to tackle the uphills.

Except for the brake calipers, they seemed easy enough and didn’t require any special tools.

So, received the goods and unpacked the calipers.

Front caliper done. Also done aligning the caliper itself and the brake pads. Did that by having everything loosened up, then squeezing the brake lever to make the pads touch the rim. Then it will automatically centre itself on the rim. While still holding the lever in, I fastened the caliper. Then the same with the pads, just adjusted them on the rim while holding the lever, then tightening. Then everything was nice and centered.

And a picture of my work table. I do need a stand for the bike though, it kept falling down from the wall… 😛

So, hopefully I will be able to swap the rest of the parts.. The levers, the crankset, crank arms, front and rear derailleur and chain and rear cassette. I do need some bike specific tools now.